We all were fond of anime shows in our childhood, some of us still used to watch all those anime shows but some of us had to leave it behind because of our busy life. 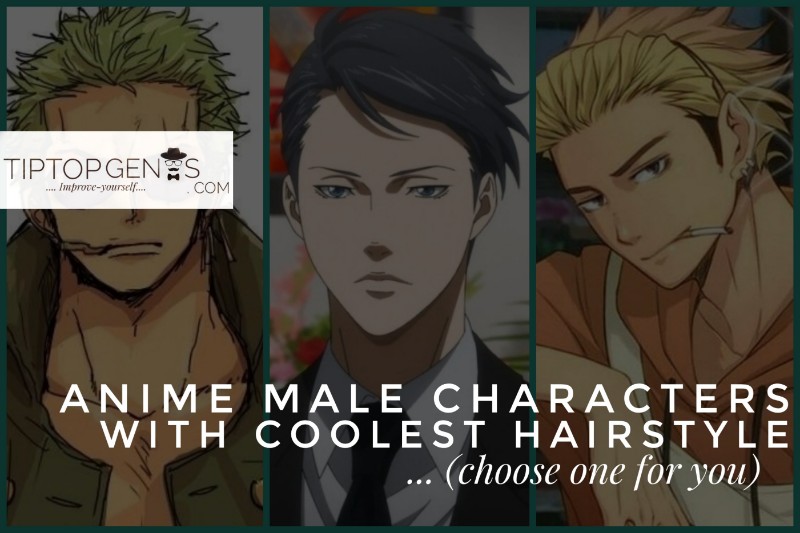 But now when we see those anime shows the thing which attracts most of our attention that how cool they all are looking, means every character of anime shows have a next level of swag and style.

Their dress, their look, their physique looks so cool on them. In their overall appearance the most in the spotlight thing is their hairstyle. Anime male hairstyle look so perfect on every individual anime character.

After seeing any anime show a thought come on our mind that, wish I could become like them, definitely you also think so. Their hairstyle is thing which can Give us a cool look like them.

That's why here I'have collected images of anime male hairstyles character's from different anime shows, see and decide which anime character you wanted to become and try to get a hairstyle like it.

These anime pics are collected from different sources, if any of the pic collected here, have some issue with someone then contact me first, I don't want to offfened anyone by it.

OTHER ANIME CHARACTERS WITH COOL HAIRSTYLE, ACCORDING TO HAIR LENGTH(SHORT, MEDIUM, LONG)

These were some anime male characters with coolest Hairstyle. Which one you like most? comment down and let me know.
I had collected here not  those character who have so funky hairstyle, I had just collected here character's with simple or a bit funky hairstyle. Because my motive is that a normal male can wear these hairstyle easily.
If you find any of character coolest and badass from above and you know that you can/you want to get similar look like that character then go get a haircut and haircolor and start copying his look.