Everything You Need To Know About Tuxedo Shirts.

There are many types of shirts in men's fashion wear. Today I'm going to introduce one of them, The tuxedo shirt. 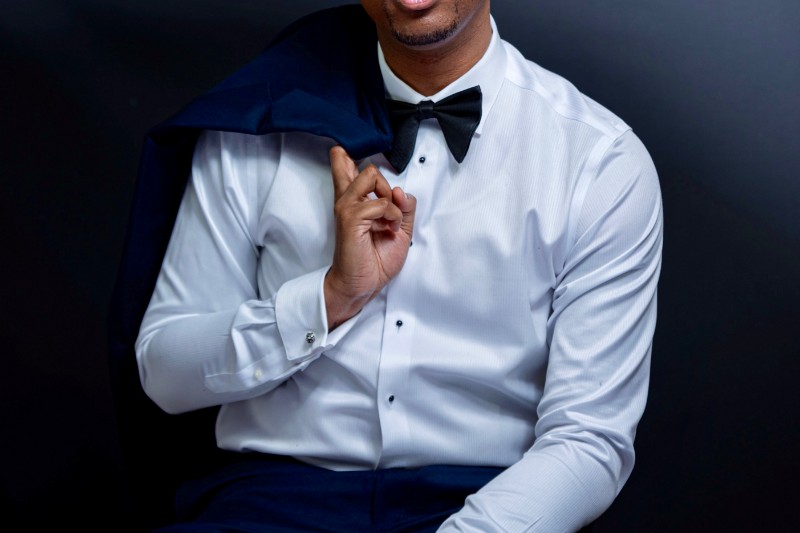 If you are someone who is listening to the first time about a tuxedo shirt or going to wear it the first time, then this article is for you to read it before styling it for making it look flawless on you.

What is a tuxedo shirt? why is it different and Distinguish than a normal shirt? and how and when to wear it? These are some common questions asked about a tuxedo shirt, which I'm going to answer here.

The tuxedo shirt maybe you will listen about it, already. But the thing and detail I'm going to share are important for you to know about a tuxedo shirt.

What is a tuxedo shirt?

It is basically a type of shirt, different than a normal men's shirt, and extraordinarily designed for wearing as formal wear with tuxedo suits.

Tuxedo shirt has it's own specialty, features, and elegance. It is Specially designed for wearing under a tuxedo suit. Though some people used to wear it with just trousers also.

On the basis of its Bib

A bib is a rectangular shape panel which is located on the front of a tuxedo shirt. It is made by doubling the cloth in a specific design.

When we wear a tuxedo suit on it, some of its part shows up and gives your shirt and suit an elegant look.

A tuxedo shirt that has a pleated bib. Pleated bib means a vertical stripe made by folding clothes on one and other and by stitching it.

Pleated bib tuxedo shirt took as a traditional style few people use to style it nowadays.

A type of tuxedo shirt in which there is no bib found. They have basically no bib. They are plain like normal shirts from the front.

It is the first choice of Today's tuxedo style masters.

Ruffled bib tuxedo shirt is not the modern generation's style. It was used to wear in the 19th - 20th centuries. But it is totally out of fashion in today's world.

On the basis of its placket

The placket is the centerline of the shirt where buttonholes of a shirt exist.

There are basically two types of tuxedo shirt when we differentiate it on the basis of its placket.

A tuxedo shirt whichever placket's button is hidden by an extra fabric of clothes stitched on its placket.

A tuxedo shirt whichever Placket has no button. What? A shirt with no button on how it's possible and how we will wear it? Running on mind haaan?? Don't worry it will stop later, just stay with this post till the end.

The specialty of a tuxedo shirt

It is normal collar as found in normal formal shirt. A tuxedo shirt with spread collar taken as less formal. Many guys out there wearing tjis type of tuxedo shirt just with a trousers and no tuxedo suits. It can go with tie or without tie also.

A special collar of tuxedo shirt. It is a short collar, folded just from fronts and make a wing type structure that's why it is called as wing tip collar.

Like described above tuxedo shirts are commonly come with two types of plackets. One hidden button and the other is no button.

The studs, it is external buttons specially designed for tuxedo shirts. It has to be applied on no button tuxedo shirts for making it more shimmering with your tuxedo suit.

Tuxedo shirts have distinguished cuff than a normal shirt. They are commonly two types-

A tuxedo shirt with a french cuff means a cuff that doesn't have pre-stitched buttons on it.

Here comes a special thing the cufflinks. Cufflinks are an additional button that has to be connected on the french cuff to make it more elegant and formal.

The convertible cuff has both abilities, which means it has a button like a normal cuff and it has an extra hole for wearing your cufflinks also.

Let's see other things that make a tuxedo shirt so special.

The tuxedo shirt is born for wearing a tie with it. Especially a bow tie and with wing tip collar tuxedo shirt there is no option rather than wearing a bow tie. The spread collar has some versatility it can go with a standard necktie, bow tie, or any other types of men's tie.

Nothing much to describe, its name describes its character that it is for wearing with a tuxedo suit that's it.