In this post, I’m going to introduce you all, to the very elegant profession, by which there are different outfits items are influenced for styling as different body parts clothing.
The profession which I’m talking about is the military. It is the profession from which our fashion industry has influenced too much.
That is why different clothing items are copied military-style for men as well as women also, but this site is all about men then why would we go there.
Military fatigues mean the apparel of military combat, in men’s fashion almost every outfit item has now a military-style.
Lots of guys are curious and excited about the stylish men’s fashion trend which is the military-style fashion or you can call it the army look. Army look refers to ‘The style that resembles an army uniform’.
By the grace of our designers, The military-style are now in menswear. almost every man wear; Military style hats, military-style jackets, military-style shirts, military style hoodies and a lot more.
So, in this post, I’m going to explain some of the military fashions men wear and the best way to style them. 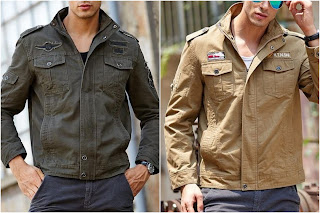 The first item we are talking about here is military styled jackets. This is the type of jacket that is influenced by military jackets.
This jacket is now in men’s fashion and almost every person wears it as stylish winter wear. The jacket that has been affected by military fashion is in craze nowadays.
This jacket’s design is simple and fascinating.it has two pockets on the chest and belts on both shoulders which is the main thing that gives this jacket a military-style look.
This is the main type of jacket when we talk about military style jackets. Although, other types of jackets have military prints and we used to call them also military jackets.
Almost every type of jacket comes in military print now. Like; as bomber jackets, leather jackets, no sleeve jackets etc.  Some military fashion jackets that are attention-catching, when worn perfectly- 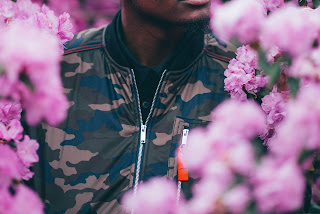 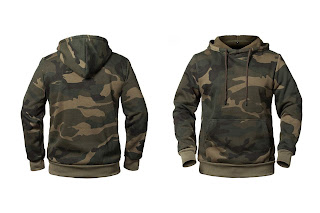 The next outfit item that looks classy in military print is a hoodie, called military style Hoodies.
Hoodies have various types like hooded sweaters, hooded jackets or hooded t-shirts. Hoodies in military fashion are commonly taken as hooded sweaters which have military prints.
The best military-style hoodie for wearing as a man is a pullover hoodie, a hoodie without zipping or pullover hoodies in military-style looks elegant for a street styling fashion men’s wear. 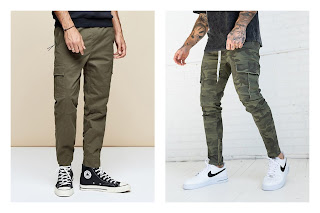 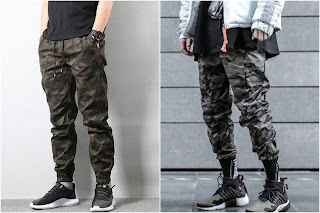 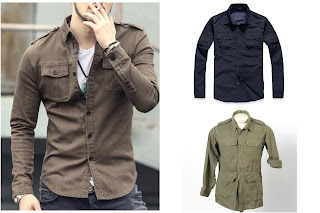 The military fashion shirts are another cool design that is part of military-style outfit pieces of stuff. Its fabric is Lil bit thick than a normal shirt.
That’s why most men’s used to wear it in winter or spring season. It is worn often as casual wear, it is paired up with jeans mostly. The military-style shirt has two pockets, situated on both chests.
The military design shirts look good when it has to be paired with simple mono colour pants. Military fashion shirts are looks better when it fits perfectly on the body of the man who is wearing them.
The main military fashion pant is that I described above but there is another type of shirt which has a print of military. They are also called military shirts.
Cargo shirts, denim shirts, normal shirts all have military-style prints nowadays.
Some military-style half sleeves shirts are also in trend and it looks cool on the guy who has great biceps. 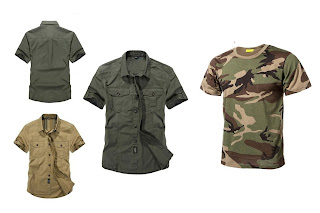 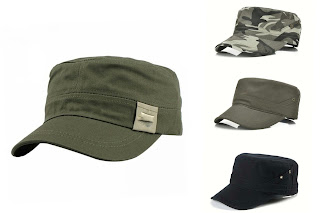 The military fashion hats are something you can’t resist wearing.
A military fashion hat or cap seems smaller than a normal cap. Its peak is small and its crown is flat as you can see in the above image. This is the main cap when we talk about military style.
There are still other types of hats and caps that come with a military pattern design on them. Like; baseball caps and normal cowboy hats they also have military prints, that’s why we often call them military fashion hats.
A hat with military print on it, is dandies type wear, the man who loves dandy style it is for them. 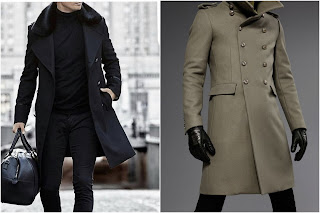 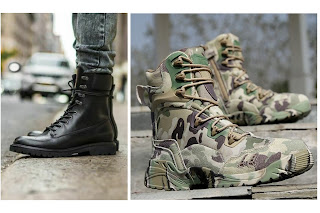 Military style boots are very passable type boots you should try them on an elegant outfit. High ankled military fashion shoes look elegant on casual street styling wear.
Military boots are heavier than normal boots and their length is also Lil bit higher than normal boots. Military boots suit best on a man who has a masculine body.
It comes in different colours in men’s mostly seen in grey, brown, black, camel and maroon colour.
Military-style High ankled Chelsea boots are a well-known type of boots when talking about military style. It looks classy on a trouser or jeans. 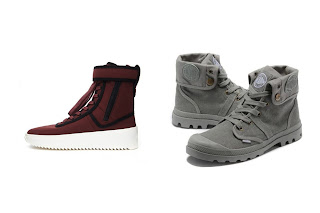 These are some men’s wear which has the popularity of their military-style fashion. You must try a military fashion outfit described here.
A military style gives our outfit a studded look. And the best thing is that you do not have to waste time on colour pairing when you are going to have military-style in your outfit.
The important thing is to care if you are wearing military-style outfits then do not overdo with it, meant to say that if you are wearing military style pants then wear a normal plain shirt and vice-versa if you are going to wear some military style item as upper wear then make your lower wear plain.
Do not wear too many military fashion items in one outfit. because you are not going on the border, you are going on the street or any casual place so overdoing is gonna ruin your whole outfit’s look.